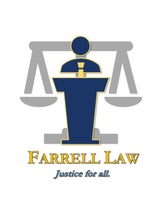 A Modern Approach to the Practice of Law:

I started this firm in 2019 to capitalize on state courts' imminent albeit gradual transition to virtual filing processes and remote litigation procedures such as online docket reports and digitalized case management software.

Federal Courts implemented electronic case management and filing systems (the "CM/ECF") years ago.  I was proficient with the Federal electronic filing system before I went to law school, during my 2010 internship with New England's premier admiralty law firm.

After graduating from Stetson Law in 2014, I returned to Boston and began my legal career at that same admiralty firm.  I spent roughly half of my time litigating in the US District Court for the District of Massachusetts.  Compared to the archaic filing procedures required by Massachusetts state courts prior to April of 2020, the logistical benefits of the Federal Court's electronic filing system were obvious.

In anticipation of the state courts' transition, I designed my practice to capitalize on the digital revolution by creating a streamlined, cloud-based, and (nearly) paperless office.

If, god forbid, you require immediate legal assistance during these difficult times, give us a call right now: 617-249-3959.

Farrell is a Boston-built trial lawyer; with extensive experience representing plaintiffs and defendants alike.  To date, he's represented over one hundred clients and counting (individuals and businesses) in a broad range of lawsuits from complex civil litigation to criminal defense.

Farrell is also licensed to practice in the Federal District Court - where he enjoyed early success - recovering damages in excess of One Hundred Twenty Thousand Dollars ($120,000.00) in his first subrogation action related to a boat fire at the Sommerville Yacht Club.

In July of 2018, Farrell stared down tech giant Yelp, Inc. (see decision below);  as its army of corporate lawyers threatened him with motions for sanctions, claiming violations of (1) anti-SLAPP legislation and (2) free speech under the First Amendment.

After extensive oral arguments from both sides at a July 2018 hearing before the Honorable Judge Dennis F. Saylor, IV on Yelp's special motion to strike and dismiss the Complaint, the Court agreed with Farrell and dismissed Yelp's "Special Motion to Strike and Dismiss" -  setting important precedent in the process prohibiting bad faith manipulation of user reviews to further Yelp's (and others') self-interests (in this case, Yelp's sale of advertising to its own registered business users).

David has a B.S. in molecular biology (minor: Japanese) from Bates College (2009) , where he played catcher for the Bates baseball team. After college, he worked as a chemist in Boston before law school.  Farrell earned his Juris Doctorate from Stetson University College of Law (2014).

The content presented on this website is not intended as advertising.  Transmission of information and material contained herein shall not be construed to create, nor shall receipt constitute creation of, an attorney-client relationship between any person or entity and the Law Office of David C. Farrell, Esq., and/or any member thereof.